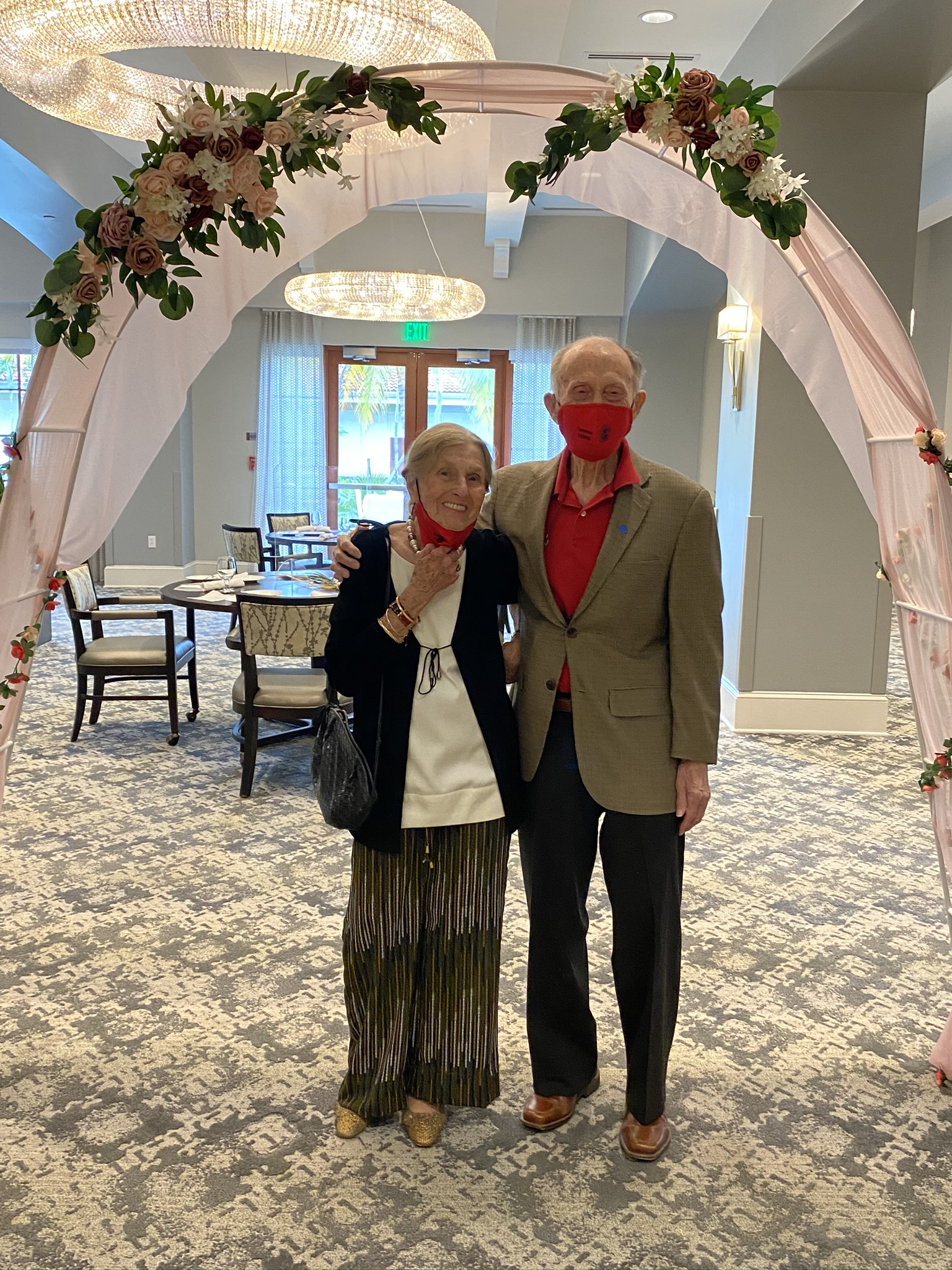 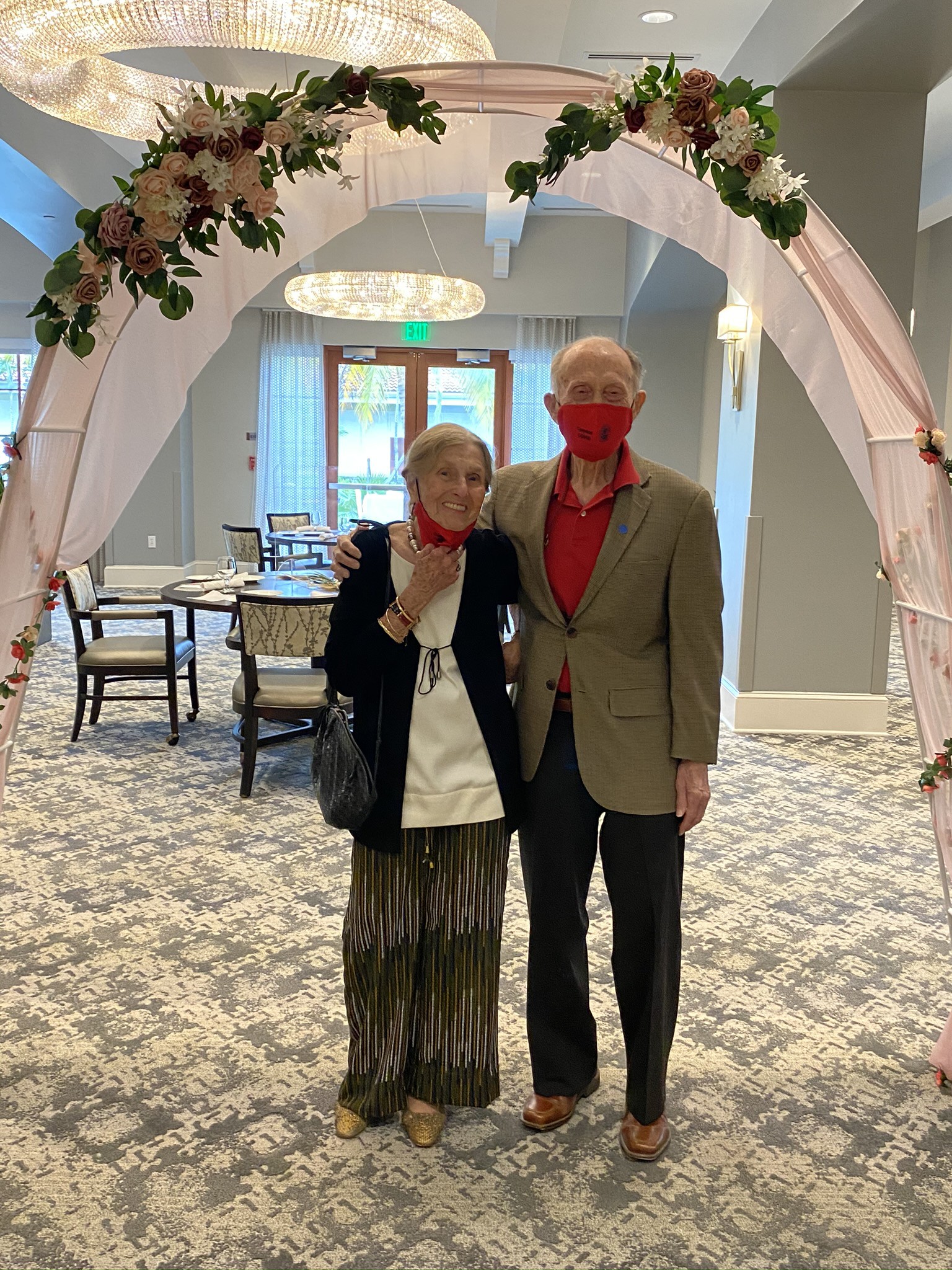 It’s been sixteen years since La Posada first welcomed residents. The community, owned and operated by Kisco Senior Living, is in the heart of Palm Beach Gardens across 22 acres. As a CCRC and lifecare community, La Posada is able to care for residents across all levels of care from independent living to skilled nursing.

“Each year we invite the residents to help us celebrate our anniversary. It’s really our way of saying thank you. Many of our residents have actually been with us all 16 years,” said Brad Cadiere, executive director of La Posada. “We knew this year’s celebration would look different, but we still wanted to create a memorable moment.”

Residents have been practicing social distancing since March, and associates are delivering all meals, as the dining room remains closed. While masks, plexiglass dividers and social distancing measures remained in place, the sixteenth anniversary marked the first time residents were able to come together for a meal since March.

“We decided to bring an al fresco experience to our residents. Our community spirit is so strong at La Posada, we wanted to bring back that same feeling to our celebration,” said Cadiere. “Our chef went above and beyond to create a three-course surf and turf menu. It really was a huge hit!”

One of the residents who’s been there since the beginning is Jacqueline Oppedisano. Originally from the East Coast, the Oppedisanos frequently moved for new career opportunities. After spending time in Florida on and off as snowbirds, the couple decided to permanently call the sunshine state home.

“My husband worked so hard in his career. His retirement was really his time to relax. I wanted him to have more peaceful moments and no worries,” said Oppedisano. “La Posada is a place where you don’t have to worry. And especially now, I’m able to put my head on the pillow and know that I’m safe. I know that everything being done here is to keep us protected.”

Oppedisano raved about the “sweet sixteen” celebration. From the tablescapes to the chocolate ginger truffle torte, it was clear how much time and effort went into making the event a standout. She’s also been impressed with the creative ways the team has kept residents busy, despite social distancing measures. Exercise classes have been brought outside, bingo is often called over a loudspeaker, a happy hour cart comes to them, and lecture series are now held via zoom. She’s found there really is something for everyone. She’s also staying busy with a standing happy hour with her son and daughter-in-law, catching up with them over a glass of wine each day at 5:30.

“At this point we don’t even say hi, it’s just ‘cheers.’ With the measures in place here at La Posada, it’s really given my children that same peace of mind I have every day,” said Oppedisano.